One of ESPRi’s missions is to gather, document and popularize the history and current struggles of the Polish environmental movement. The history of conservationism and of bottom-up social movements aimed at environmental protection goes back to the early 20th century. It is not widely known that Poland was one of the first countries in the world to introduce a Ministry of Environment already in the 1970s. However, the history of the modern environmental politics, environmental protest, and nascent green political ideas began in the 1980s. The Chernobyl catastrophe was an important catalyst as was the horrible state of the natural environment, air and water quality in the late Communist period. Our goal is to create an archive of interviews and photographs of environmental movements from 1985 until the present.

A new article on the history of Poland’s environmental​ movement 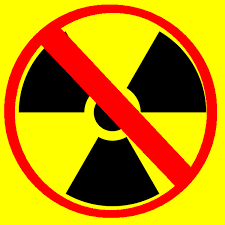 The European Solidarity Center hosted a book launch for the first monograph of Poland’s anti-nuclear movement, with Janusz Waluszko and Kacper

Publiactions on The Polish Environmental Movement

Between domestic politics and ecological crises: (De)legitimization of Polish environmentalism

Authors: Julia Szulecka and Kacper Szulecki; ESPRi Working Paper No. 6, 2017; Available in Open Access Why has the Polish government decided to give in to

The River that Divided a Nation: Rhetoric, Environmental Activism and the Political Controversy Over the Rospuda River Valley in Poland

Authors: Julia Ziemińska and Kacper Szulecki, ESPRi Working Paper no. 1, April 2010 Are environmental norms uniform in the EU and if yes – how