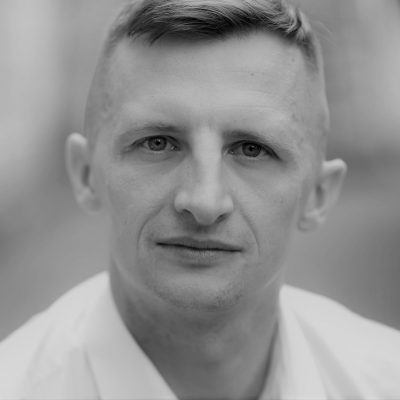 holds a PhD in political science from the Freie Universität Berlin. He has been associated with ESPRi since 2013. He currently works as a Senior Energy and Climate Policy Expert at Climate Analytics in Berlin where he specializes in the European climate policy with a focus on renewable energy and energy efficiency. He is also teaching courses dealing with social movements, global challenges, and European integration at the New York University and Freie Universität Berlin. In ESPRi, he leads the thematic area “Energy and Climate”. 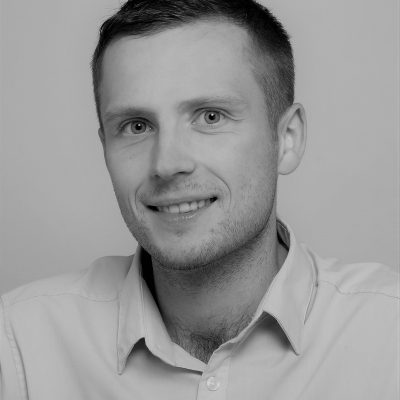 is a doctoral researcher at the Technical University of Munich and a researcher at the Renewables Grid Initiative (RGI) , where he works in the Sustainable Energy Transitions Laboratory (SENTINEL) project. Before that he worked at the Potsdam Institute for Climate Impact Research (PIK), developing methods supporting stakeholder engagement in high-voltage power lines projects. His research interests lie in climate and energy policies (with a focus on Poland and Germany), social acceptability of energy infrastructure, and transdisciplinarity in the field of energy. Andrzej holds an MA in International Relations from the Wrocław University and is an alumnus of the Foundation of German Business (‘Energy-Society-Change’ programme) and the German Academic Exchange Service. 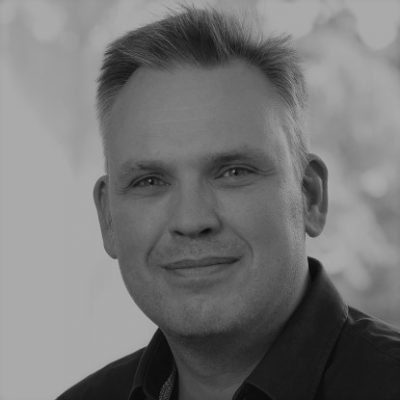 holds a PhD in political science from the Technische Universität Darmstadt where he currently works as a research associate at the chair for Comparative Politics and European Integration. From February 2017 until December 2019 he was a member of the Kopernikus Project “Energy Transition Navigation System – ENavi” funded by the German Federal Ministry of Education and Research. He conducted several research projects in the fields of energy and climate policy, multi-level governance, and comparative politics. His research interests comprise energy and climate policy, multi-level governance, comparative analysis of political institutions and methods of comparative politics, and applied political theory. 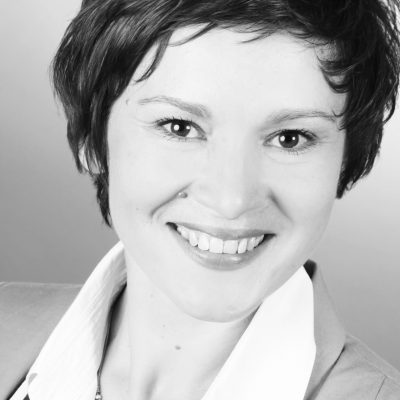 is a post-doctoral research fellow at Jacobs University Bremen. Her research focuses on (a) national and EU energy policy in the field of fossil fuels, renewables and electricity, including network regulation, governance structures and market design, (b) energy security of supply and its impact on the politics of the EU and supplier countries, and (c) sustainable energy transition and environmental politics. She received her doctorate in 2007 from the University of Bremen. She has held posts at the Research Centre for East European Studies, University of Bremen, the Department of Comparative Political Studies in the University of Regensburg, Jacobs University Bremen, associated research at Bremen Energy Institute and was a visiting research fellow at NUPI in Norway. She was a postdoctoral researcher in ESPRi’s project 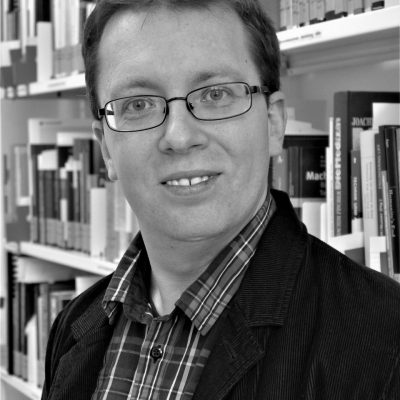 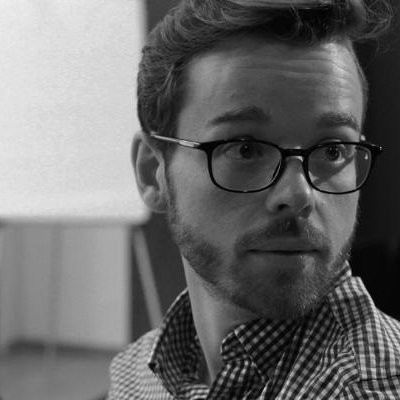 holds a PhD from Cardiff University, his work focused on CO2 emissions trading, mainly from aviation. Pawel has been awarded numerous research scholarships, among them at the Environmental Policy Research Centre at the Free University in Berlin, LINES - Leuven International and European Studies at University of Leuven and Library of Congress in Washington, DC. Today he is co-leading an educational non-for profit organization in Gdańsk, Poland. 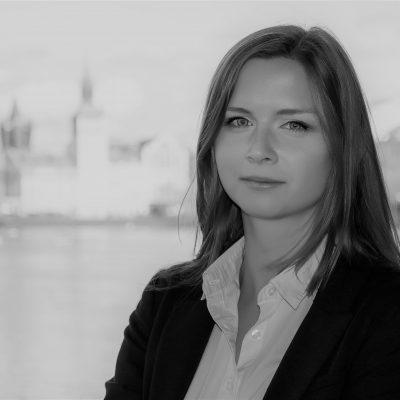 is a researcher in the field of energy security and international relations. She earned her master’s degree from the University of St Andrews, UK and her Ph.D. from the Central European University, Hungary. Her doctoral work explored how the wider socio-political and historical context influences energy policy approaches in Germany, Poland and Ukraine. Her current research focuses on energy governance and sustainable energy transitions in the CEE and Baltic regions. In ESPRi, she leads the thematic area “Sedcurity/Environment”. 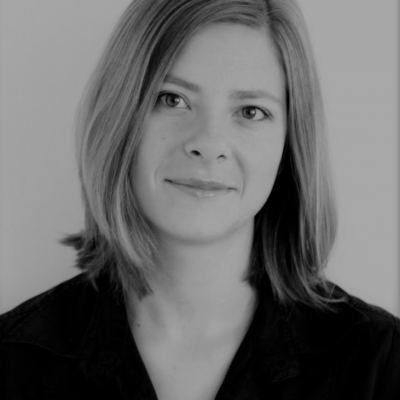 holds a doctorate in forest policy from the Dresden University of Technology and in forest economics from the University of Padova. She has also studied at the VU University Amsterdam (M.Sc. in International Relations), Wrocław University (BA in German Studies), and the University of Oslo. Currently a researcher at the TIK Center for Technology Innovation and Culture, Uni. Oslo, she has worked in both the academia and environmental NGOs. She was a visiting scholar at the Center for International Forestry Research in Bogor, Indonesia, Universidad Nacional de Asunción in Paraguay and Università degli Studi di Padova, Italy. Julia has received numerous fellowships and stipends, including from the Polish Ministry of Science, the German Federal Environmental Foundation (DBU) and the Dutch Huygens Fellowship. She is ESPRI’s co-founder and head of the Foundation Concil. She leads the thematic areas “Forests” and “Bioeconomy and Waste”. 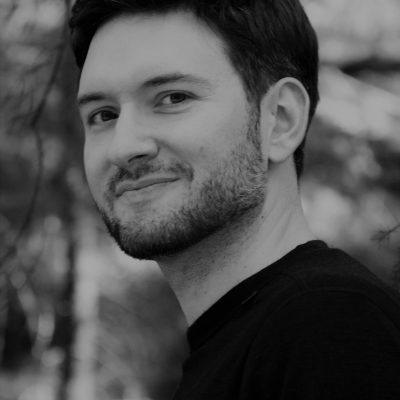 holds a PhD in the social sciences form the University of Konstanz, as well as an M.Sc. in International Relations (focus: transnational environmental governance) from VU University Amsterdam. He was a Dahrendorf Fellow at the Hertie School of Governance, and held visiting fellowships at the Department of Climate Policy, DIW Berlin, the Robert Schuman Centre for Advanced Studies and the Florence School of Regulation. Since 2014 he has been affiliated with the Department of Political Science at the University of Oslo. He works on energy, climate and environmental politics as well as social movements, protest and dissent. He is a fellow in the Climate Strategies network, the Earth System Governance Project and the convener of the Standing Group on Energy Politics, Policy and Governance within the European Consortium for Political Research. He is the Foundation’s Board Director and leads the thematic area “The Polish Environmental Movement”.

Petr Csardas is a Senior Associate at Sustainalytics, Amsterdam. He was associated with ESPRi between 2010 and 2013

Karol Dobosz is an RPA Developer at EY consulting. He was a research assistant at ESPRi between 2015 and 2017.

Marcin Fronia works at the Institute of Phiosophy and Sociology of the Polish Academy of Sciences. He was a postdoctoral fellow at ESPRi in 2016.

Karolina Jankowska holds a PhD from FU Berlin, and is a freelance author and an expert for market and system integration of renewable energy in the German Energy Agency (dena) in Berlin. She was associated with ESPRi between 2013 and 2015.

Patrick Kozakiewicz currently works for IBM in Wroclaw, Poland. He was an intern at ESPRi between 2012 and 2013.

Magdalena Woźniewska is a Chief Expert at the Polish Ministry of Environment. She was a research assistant at ESPRi in 2016.