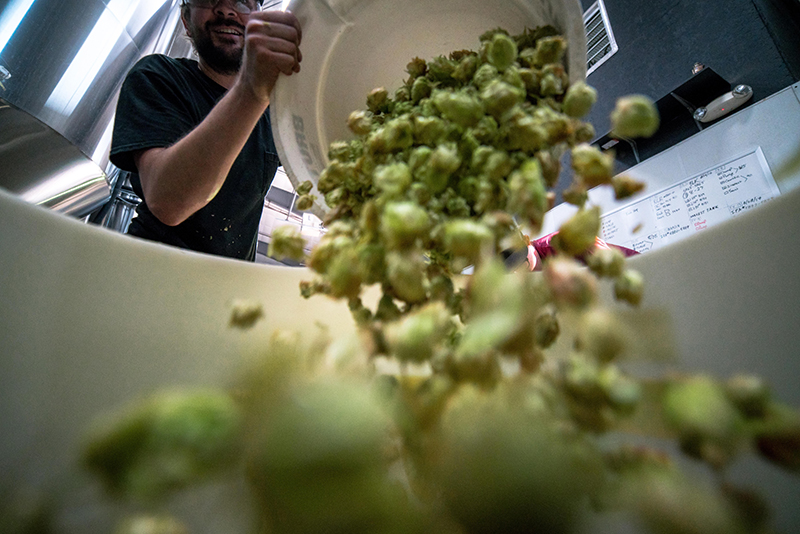 There are strong tensions between seeing food as a right and as a commodity. Taking into account that this is a limited resource, it seems obvious that we cannot rely on the food markets alone. But how far can regulation and pressure to reduce waste go without impeding civic liberties – and without backfiring?

Some years ago, during fieldwork in Sumatra, Indonesia, I was invited to lunch at a Buddhist temple. This was not only my first experience of religiously motivated veganism, but also – a food waste ban in action. We were told that we should eat up, and if we left anything on our plates, someone from the staff would have to eat it so that not a single grain of rice would be wasted. This sounded harsh, but made all of us at the table consider the value of the meal we were served.

One of the failures in the current global food system is  that around 1/3 of food produced for human consumption is wasted. This has enormous environmental, social, ethical and economic repercussions.

Measures to reduce food waste vary in the part of the value chain they address and across the globe, but usually they are educational campaigns for consumers or enhancing technological and logistical innovations from ‘farm to fork’ among food industry actors. Many of these campaigns build on the responsibility and good collaboration of the various stakeholders in the value chain that widely agree that food should not be wasted.

Are the measures to reduce food waste too soft?

As consumers, we are used to educational campaigns on reducing food waste. They typically appear as polite requests to carefully plan our shopping, cooking or storing of food. From subtle 1-to-1 campaigns and fact sheets on food waste in the canteens to the unforgettable Buddhist lunch, I have experienced a wide spectrum of anti-food waste measures and degrees of ‘pressure’.

Are these current measures too soft to change our daily habits? Perhaps, but this raises another question:

How far can we interfere in consumers’ lives? Where is the line between individual freedom and irresponsible consumption at the cost of others?

These questions seem highly relevant in light of the new anti-food waste campaign launched in China in the aftermath of the COVID-19 pandemic – an example of what might be called “coercive responsibility”.

Imagine restaurants limiting the number of dishes sold to the customers. Or punishments for incorrect food waste sorting, including social credit downrating. It sounds abstract and almost impossible, but these are some of the concrete measures introduced in the current “Clean Plate” campaign 2.0 against food waste recently launched in China.

General Secretary Xi Jinping underlined that citizens are responsible for food security and called food waste “shocking and distressing”, while there is a need to further “enhance public awareness of the issue, cultivate thrifty habits, and foster a social environment where waste is shameful and thriftiness is good”. This is some rather strong language, but we have to bear in mind that the scale of Chinese food waste is estimated to be able to feed 200 million people a year.

The “Clean Plate” campaign was originally launched in 2013 to target the “extravagant feasts and receptions” or bureaucrats and party officials. Its new phase turns to the general public – families, school children, catering companies, and restaurant goers – who are asked to order less dishes than there are people in their group. This is the first time the Chinese state is seeking to directly interfere in people’s eating habits since the food rationing introduced under Mao Zedong, a move that a commentator suggests can backfire.

However, this time the new regulation and intensified, educational campaigns are said to be related to food production shortages, a visible price hike following the COVID-19 crisis and massive floods which hit China soon after. Similar price hikes could occur in other countries too.

The question of measures and how far they can reach is equally important for other parts of the world, including Norway. Food waste remains a pressing problem, and current soft educational campaigns appear to have limited impact. Two decades ago, it would have been difficult to imagine that cigarette packages could display drastic pictures of diseased lungs and bodies instead of colorful logos. But would we accept pictures of hungry and malnourished people beside food shelves in our local supermarket? Or a waiter telling us to forget about desert if we do not finish the soup? Since food is at the same time a common good, a commodity and a basic right we expect the state to secure, the question of responsibility, liberty and coercion will remain open.

The COVID-19 shock has already pushed us to change some of our old habits and routines and to develop new ones. The pandemic has already had some visible effects on food waste in Norway, with early research pointing to the hospitality sector. For instance, as social distancing measures were introduced and buffets had to be replaced with direct serving, hotel restaurant managers reported that food waste was halved.

On the food redistribution side, the Norwegian Food Banks have just published a report stating a 40% increase in demand for food between March and July 2020 due to the pandemic. New groups of people needing food assistance in Norway are low-income families, people on furlough and unemployed.

While I appreciated the Buddhists’ emphasis on each piece of food being a treasure, I would probably feel uncomfortable with being weighed in the restaurant before eating, or getting a permanent record in a personal file for throwing away a meal that went bad. But, I would not mind if restaurant staff engaged the customers in planning their meals responsibly, for example by asking about portion sizes, discussing serving options that make it easier to share food and by being more proactive in offering doggy bags. We receive more and more information on how our food has been produced, but we are never informed about what happens with the food that was not eaten. Learning about it and picturing it in concrete terms – like the image of someone eating up after you – can be an equally powerful but less invasive measure than the “coercive responsibility” tactics now unrolled in China.